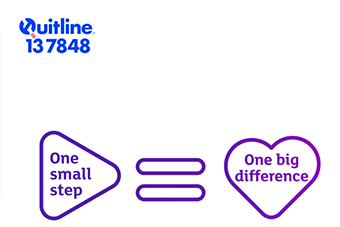 Despite being as ready to quit as people without a mental health issue, they are less likely to be offered professional support in quitting.

Smoking plays a key role in the cycle of disadvantage experienced by people with mental illness. To reduce preventable deaths, it is critical that people with mental illness who smoke have every opportunity to quit. As a health professional, you are in the unique position to further support these Australians at highest risk of preventable disease and death by simply referring to the NSW Quitline.

Hear about the important role we can play from NSW social worker Nicole Laurance, discussing the importance of proactive referral to the NSW Quitline and talking about smoking cessation with her clients.

The NSW Quitline is a free, evidence-based service that can help you further support patients and can double their chances of quitting smoking successfully. The NSW Quitline has professional advisors with specialist skills to provide help to people with mental health issues who may require more support.