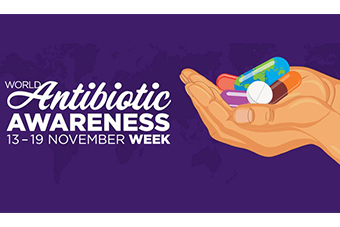 A recent prediction from the UK stated that antibiotic resistance could lead to an extra 10 million deaths a year worldwide by 2050 with a financial cost to the world of up to $100 trillion.

The most important thing we all need to know is that the problem belongs to everyone. It is all our responsibility to handle antibiotics with care. The more people who know about this problem, the less we will misuse antibiotics and the more we will preserve the power of these medicines.

For more information and to find out how you can make a difference visit the NPS Medicinewise website.