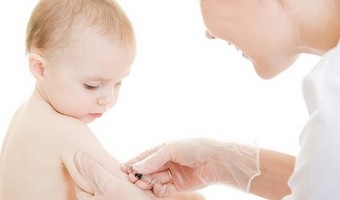 NSW has recorded one of its worst whooping cough outbreaks as vaccine stocks in the private market have run dry.

There were 12,240 whooping cough notifications in NSW in 2015, a 400 per cent increase on the previous year, with the most recent upswing occurring on the northern beaches.

More than 2000 people were notified in the disease in November, more than any single month since at least 2008, despite major outbreaks occurring in 2011 and 2009.

Before 2008 there was a different system for diagnosing and counting cases of whooping cough, also known as pertussis.

The NSW government started providing the vaccine to pregnant women in April last year, after a UK study found that the babies of immunised women were 90 per cent less likely to be infected in their first few months of life, when the disease can be fatal.

But in quarantining stock of the vaccine for pregnant women as well as children on the national immunisation program, there is less available for other people who want it.

NSW Director of Communicable Diseases Vicky Sheppeard said whooping cough outbreaks were cyclical because unlike diseases such as measles or diphtheria, immunity given by the vaccine wanes after about four years.

Since there was no permanent vaccine, outbreaks would continue to occur every few years, but the focus was in preventing exposure to children aged under six weeks who were too young to be vaccinated, she said.

There have been four infant deaths since 2009, but none since the vaccine has been offered free to pregnant women.

“The immunity passes through to the baby so the baby has some immunity when they’re born,” Dr Sheppeard said.

“We have distributed 120,000 doses of the vaccine to GPs for pregnant women. That has put a strain on the vaccine manufacturers, so they’ve then had a challenge to have enough supply for people who want to purchase it.”

“The Baird government must step up its efforts to increase the number of vaccinations in NSW,” Mr Seccord said.

“Despite her talking tough on the anti-vaccination movement, the Health Minister, Jillian Skinner, has failed and the vaccination message has not gotten through to the community.”

Mrs Skinner said NSW was leading the way in its vaccination push with policies such as “No Jab No Play” and 93.3 per cent of children were fully vaccinated by the time they turned five.

“However, whooping cough outbreaks are cyclical – even those who were fully immunised previously are susceptible when outbreaks strike,” she said.

“It is vitally important vaccinations are received on time.”

Children are vaccinated against whooping cough at six to eight weeks of age, then at four months, six months, four years and high school.