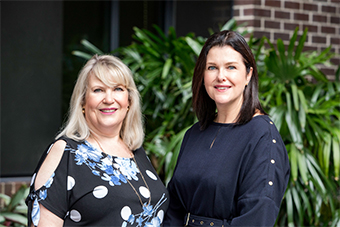 Fit and healthy mother of two, Regina Marchant, was diagnosed with breast cancer by BreastScreen NSW in August 2014, just two months after her 50th birthday. Back then, she was just another busy woman trying to juggle a full-time job and a family life with two teenage children. After some positive nagging from her husband, she called BreastScreen NSW and booked in for a routine, 20-minute mammogram.

“I was a healthy 50-year old who regularly self-examined and had no cause for concern. I had even had a mammogram in my mid-40s, and that had been fine, so nothing to fear. A few days after my mammogram, I received a letter in the post from BreastScreen NSW inviting me back to have a few more tests to complete my screening. Whilst the letter told me that one woman in twenty is invited back, and that 90% of them are fine, I still felt a little anxious. Without delay, I organised the follow-up appointment, and was back at BreastScreen NSW just a week later,” said Regina