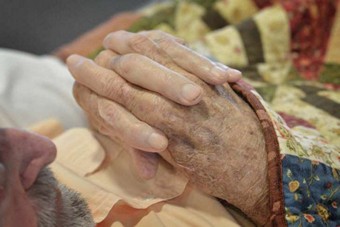 The first comprehensive guidelines for the treatment of Australian dementia patients have urged doctors not to dismiss early symptoms of the disease such as memory loss as “just a part of ageing”.

The 109 recommendations devised by specialists in conjunction with the National Health and Medical Research Council aim to improve dementia diagnosis and will be launched by the Federal Government on Wednesday.

A report published online today in the Medical Journal of Australia by the guidelines’ authors found the “quality of clinical practice in dementia care in Australia is variable”.

“The availability of high-quality services to support workforce training, diagnosis and ongoing care, advance care planning and support for families to provide care is inconsistent,” it said.

Lead author Dr Kate Laver said the purpose of the guidelines was not to paint a “grim picture” of the system, and said cases of extreme neglect were rare.

“You do hear the horror stories, but I think that’s the exception. A lot of people with dementia receive very good care but we just want everyone in Australia to receive the same level of care,” she said.

“There are often delays in diagnosis and part of that is that people often wait for some time before they go and see their local GP.

“Another aspect of that is that there aren’t often good systems for detecting memory impairment,” Dr Laver said.

While diagnosing dementia can be difficult, the recommendations aim to make it easier by suggesting medical students and carers undergo specialised training.

“There’s actually very little content in our undergraduate and postgraduate training courses about dementia so one of our recommendations is that there should be specific standalone content regarding dementia education,” Dr Laver said.

A controversial scheme in the United Kingdom offering financial incentives to GPs to make dementia diagnoses was a failure, Dr Laver said, and other options must be considered.

“We need to dismiss this belief that old people as they age will experience significant cognitive decline.”

Some of the key guidelines include:

The guidelines also advise against prescribing anti-psychotic drugs to people with “mild to moderate behavioural and psychological symptoms of dementia” because of the increased risk of adverse health effects and death.

“We should be looking at non-drug treatments in the first instance,” Dr Laver said.

“In some circumstances, for the safety of both the staff and other residents in residential care, the only solution is anti-psychotics.

About 380,000 Australians currently have dementia, including 9 per cent of those aged 65 and older.

The number is expected to reach almost 1 million by 2050.