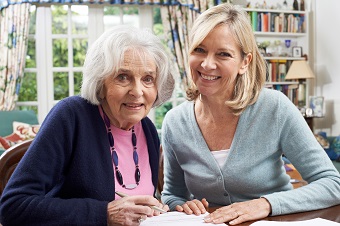 Using digital technology to enable and empower informal carers is a priority of the digital health agency and its forthcoming national strategy, says the agency’s CEO Tim Kelsey.

The Australian Digital Health Agency this week completed a three-month national public consultation on the new National Digital Health Strategy, which is due out later this year.

Speaking during a national webcast on Monday, Mr Kelsey said many people were dependent on informal support and it was important to ensure Australia’s 2.7 million carers were supported.

“It is a really important priority for me and for the agency,” Mr Kelsey said.

Carers were often overlooked in discussions about how to empower the clinical community but they were a fundamental part of health service delivery, Mr Kelsey said.

“One of the most important things I am hoping to develop in this strategy is some meaningful ways to use digital technology to enable and empower carers so they are able to work, care and access digital services at no cost,” he said.

Consumer Health Forum CEO Leanne Wells agreed on the importance of addressing carer needs as they were often the missing piece of the care equation.

In addition to informal carer networks and resources, Ms Wells said there was a growing workforce out there in care coordination and care planning roles.

“They are an important audience, intermediary and advocate for supporting the diffusion of innovation that we have,” she said.

While noting the reports from last year’s trials testing an opt-out model of registration for the My Health Record would be released soon, Mr Kelsey highlighted the e-health record’s ability to allow carer access to assist those they were supporting.

On supporting access for people with particular needs, such as vision or hearing problems or cognitive issues, Mr Kelsey said using various multimedia could facilitate greater flexibility for accessing information.

“There’s a lot of optimism that digital health services and technologies can really transform and improve the way healthcare is delivered and people can achieve better health outcomes,” she said.

About half of the population was using apps, sporting watches and fit bits and the agency said it wanted to harness this take-up and determine how clinicians in particular could use it in a smarter way.

Professor Makeham said there was a lot of support for sharing health information as long as security and privacy was guaranteed.

Perhaps in reference to the uptake of the My Health Record among the GP community, she said digital health services haven’t always delivered what they promised in the past.

Mr Kelsey said the strategy would be presented to all health ministers for sign-off before its release later this year.